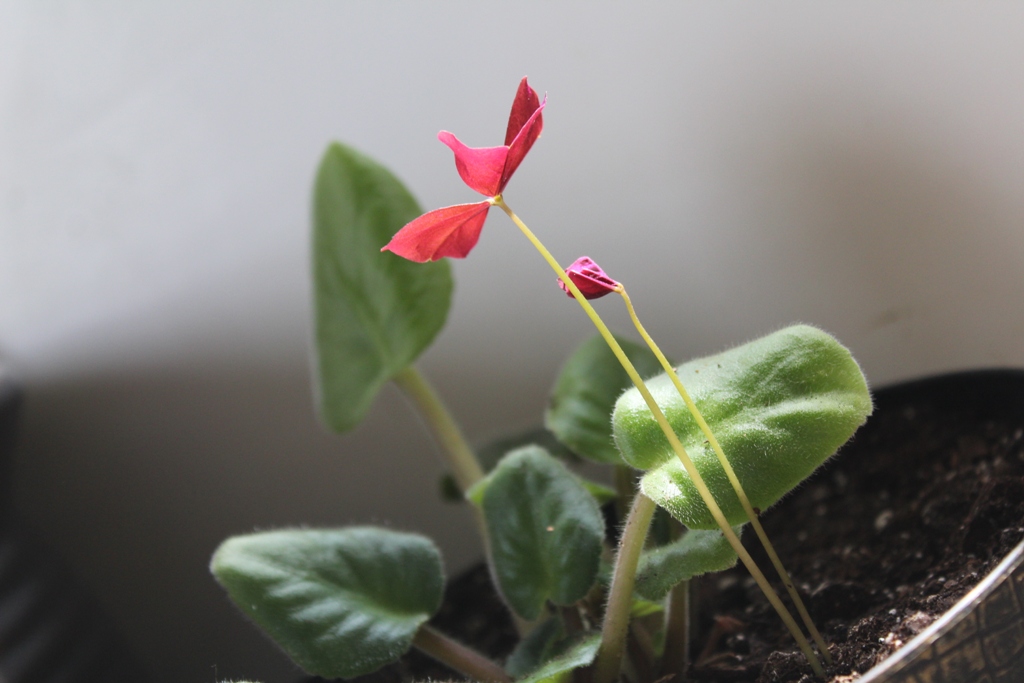 If you thought that story was odd, here’s another even less explicable.

Confession: Once upon a time, I noticed a beautiful plant in a loosely monitored location. It may or may not have been the windowsill of my grandpa’s nursing home. Okay, it was. I made sure the plant was hearty enough to withstand a little pinch. I felt around in the dirt at the edge of the pot until I could extract a single root. I wrapped it in a damp napkin. Then I brought it home and planted it. (I told you before I have occasional problems with plant snitching.)

I named it the Grandpa plant until I could find out what it was really called. I love having plants that remind me of special people. I have Yvonne’s lily and Marlene’s philodendron and my mom-in-law’s Bethlehem sage and Cynthia’s spider plant and April’s creeping jenny and Aunt Rose’s oregano and the kids’ columbine and Sherry’s cilantro… and so many more. Even after I knew this one was technically “purple shamrock,” I called it “the Grandpa plant” for short. Kind of like how Robert goes by Bob.

I enjoyed it for several years, and watched it grow.

That was the story of the Grandpa plant until this spring, when I brought all my houseplants into the laundry room for their great annual shake-up – pruning, transplanting, and regrouping. I had noticed the Grandpa plant was not doing as well as I would have liked in its deep crock; it had grown better when it was cramped. I dug out all the roots (there were a surprising number of them, like mini bulbs), and placed them carefully into a smaller, shallower pot. Then I put the collection by a window – a different window, which was my big mistake.

Every stem keeled over and bit the dust, and only one of the bulbs produced a new shoot, a baby thing of hopeful promise until it, too, collapsed.

I was horrified. I’d killed the Grandpa plant, and now it was gone.

Several weeks later, as I filled a jug of water at my laundry room sink, I saw something odd coming up in my African violet pot. You won’t believe this, but it was purple shamrock – the Grandpa plant – just two little curls of leaf, sturdy and determined. 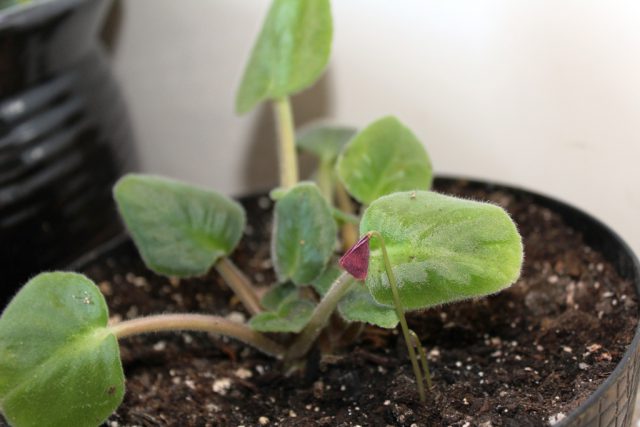 I had not planted it there. I’d never grown purple shamrock in that pot. In the great annual shake-up strange things can happen, but this one felt like a resurrection. How did it get there? How did it survive when my careful tending did nothing for its brothers? (Don’t even think that snarky thought – you are suggesting I babied the others into an early grave?)

I watched it grow, delightedly. 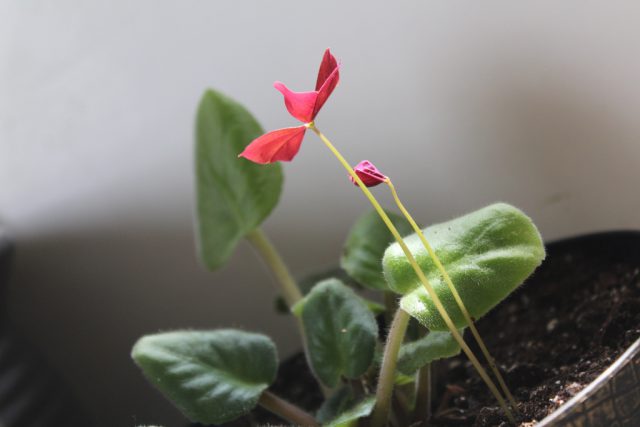 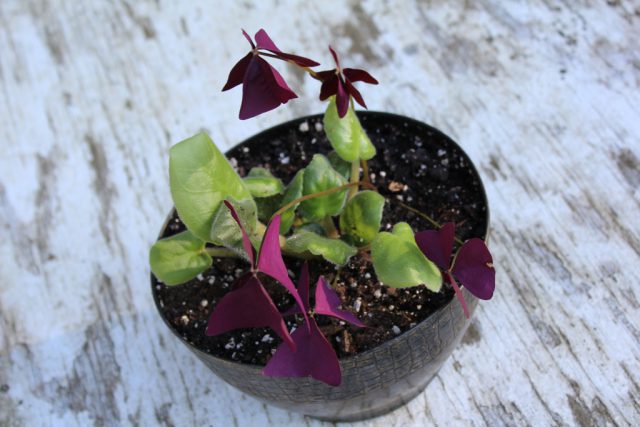 That violet came from my grandma.

I’d not thought of it before,
but of all my two dozen houseplants (and countless outdoor varieties)
it’s the only plant I have from
Grandpa’s
wife.

I like to think of him in heaven, and her in Ohio, and their plant starts twining together beside my sink.

14 Replies to “The Grandpa plant: remembering someone I loved”