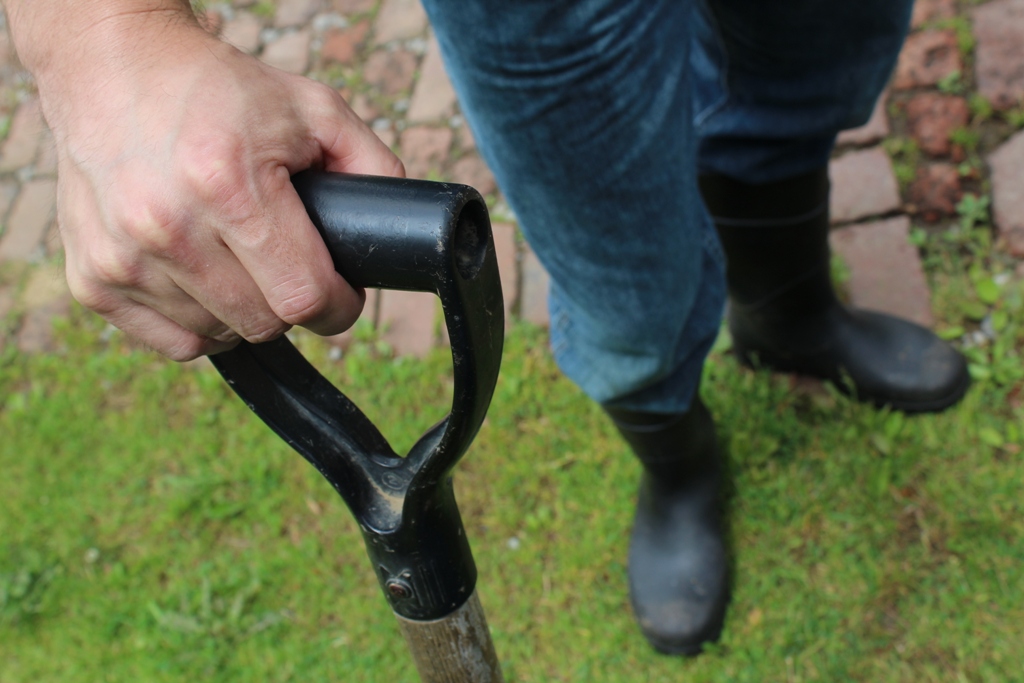 Once upon a time, in our early years of sharing a name and a home, Ryan and I concocted the Ultimate Telling Question about marriage.

Let’s say that the mister and missus are going outside to dig in the yard. Maybe she needs a new flowerbed, or maybe the septic system is acting up again. One of their two shovels is a little unwieldy; the other is the perfect size, strong and reliable, with a comfortable handle grip.

WHO GETS THE BETTER SHOVEL?

We came at this point to an impasse, because in our families of origin the answer was obvious. And opposite.

In Ryan’s family, his mother would have offered the better shovel to her husband (of course!), because he is the king of their castle. She is a helper well suited to her husband, coming alongside him in his work. In my family, my dad would have offered the better shovel to his wife (of course!), because he is a gentleman. He treats his lady with deference, showing honor to her as the weaker vessel. Both families have a strong Scriptural precedent on their side.

Did you know that men and women can come to marriage with very different expectations? And that the longer they are held, the touchier they become? It got to the place that Ryan couldn’t stick his head in the door to ask for a drink of water without me feeling put upon and treated like a doormat.

Sometimes we wonder what would have happened if the Coblentz half of our marriage had been masculine and the Zook half had been feminine. We might have had the most mutually sacrificial, boring marriage in the history of ever; except we’re human too, and we’d have managed to mess it up somehow.

But listen now – The most important phrase in that whole scenario is the one most easily overlooked. I said one of the spouses “would have offered.” With joy. Would have come into the situation with the expectation of giving. The longer we looked at that posture, the more beautiful it became, and we both wanted a share in it. Happiness came to this Zook-and-Coblentz-match-of-differing-expectations when we decided that in our marriage, it would go either way. Many couples have found harmony on one side of the question or the other, including our beautiful parents – but for us, there would be no “of course.” In the most extreme sense: I don’t have to kowtow to a heap big man; he doesn’t have to indulge a queen. We are heirs together of the grace of life.

These days, sometimes he offers me the better shovel and sometimes I offer it to him (though I often suspect I’m getting the better end of the deal). It’s sort of funny now.

Ryan and I have a deep respect and gratitude for all four of our parents. Each set has grown in love together for 45 years – a miraculous and incredible legacy.

13 Replies to “What I’ve learned in marriage: to give sometimes”