Confession: When I used the word chartreuse in a blog post and some of you said you had to look it up, I decided I ought to as well, to see if Google Images showed the color I had in mind.

(For something breathtaking, try googling chartreuse and gray.)

I found that many, many people are confused about the word chartreuse, and “distinctly remember” it being previously a dark reddish-purple instead of a light yellow-green. How does that happen? they said. My mother was an artist, and I knew! It was on a Crayola crayon, and I knew!

This led me into briefly researching the Mandela Effect, of which I’d never heard (meanwhile my dishes were not getting washed). The Mandela Effect describes collective false memory, when a large group of people remembers something that apparently never happened – such as many people feeling sure that the Berenstain Bears were once spelled Berenstein. The “Mandela” piece comes from a large number of people “remembering” that Nelson Mandela died in prison in the 80’s, whereas he actually died in bed in 2013.

It tickles my brain. How can we remember what is not?

This leads some folks down the path toward conspiracy theory, paranormal explanations, and alternate realities. I don’t follow. I attribute it instead to confusion – substituting this for that. For example, someone pointed out that chartreuse is not a very different word from cerise, which IS a pinkish-reddish-purple Crayola color. And probably there was a famous black man who died in prison in the 80’s, and people saw his funeral on TV and got him confused with Mr. Mandela. Or they believed he was going to die until, in their minds, he did. Then too, many cited Mandela Effect cases involve discrepancies in spelling, such as for KitKat (not Kit-Kat with a hyphen) and Chick-fil-A (not Chik-fil-A or any variant). Easy to get goofed up about a thing like that – I found it rather amusing than not.

Then I went to a party and created a false memory of my own, which was not as funny.

I attended a Lilla Rose event at a friend’s house, and was pleased with the FlexiClip. I wondered how it kept from slipping apart, and so when I saw one up close, I distinctly noted the grooves for the catch, lined up in a row of three for three different size adjustments. They were deep and sharp, angled like a backslash to avoid the wire slipping out. I thought the consultant even called attention to this clever design. One of the women had trouble releasing the clasp once it was in her hair, and had to be told to push the clip farther together, to get the catch past its groove so it could release.

It was a lovely design, I thought.

Several weeks later, when my FlexiClip arrived, my first thought upon pulling it out of the package was “Oh no! The grooves are all wrong!” They were smooth, flat little half-moons, utterly unable to keep anything from sliding out unless the hair itself added strong outward pressure to hold it in place. I complained to my consultant (who compared with her stock and said it looked the same to her, but kindly offered to exchange for a smaller size if it was having trouble staying in my hair), and I looked online (where every image I found of the FlexiClip showed it identical in design to the one that I held in my hand). 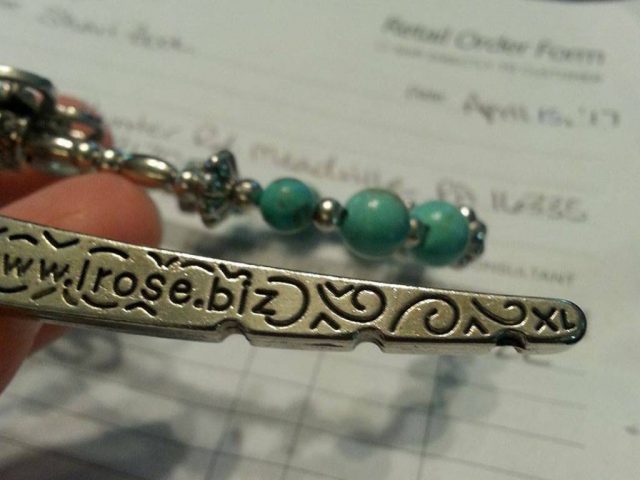 I realize it’s not really the Mandela Effect, because I am the only one mistaken, although one friend initially agreed with me: “Your grooves should not be like that!” Later we concluded we must have the same kind of brain.

But – How could I have distinctly remembered something imaginary? How could I have come up with three separate memories to verify my impression? I had 1) a visual {clear mental image of what the clip looked like}, 2) a verbal {comment by the consultant on the nice design to avoid slipping}, and 3) a case in point {when another guest struggled to release the clasp}.

How could I have invented at first glance a better design than what was?

You tell me and Mr. Mandela – and maybe I can sleep again at night.

22 Replies to “The Mandela Effect and me”