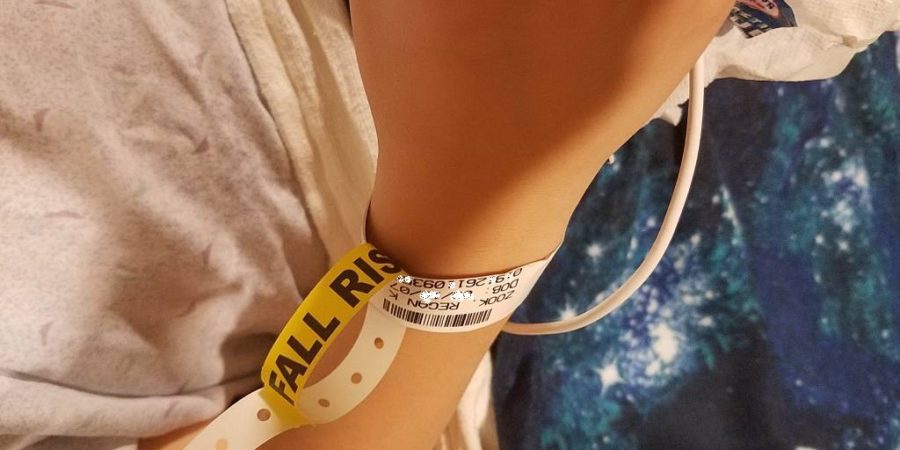 Here are two stories from this wintertime that I never got to tell you yet, for one reason or another…

Once upon a time, a boy came home from camp to spend a week with his parents at Christmas: cause for great, great joy all around. One of the holiday gifts his parents gave the boy was a blow gun, which he loved.

The gun was powered by puffs of air from the mouth, and was surprisingly strong and effective. It included 3” sharp darts as well as tiny stun darts: yellow plastic, with smooth metal-button tips. It was not a toy for small children, to be sure. The boy practiced shooting at a target.

On Christmas Eve (you knew this was coming, didn’t you? but you don’t know the half of it), the boy was holding the blow gun while his mother drove him home from an ice cream date in town. He put the wrong end of the blow gun to his mouth to see if he could blow a stun dart out the back end. When he took a breath, he inhaled the dart right into his throat, and began choking.

Do you know how quiet choking can be? His mother heard odd noises and turned from the wheel to see him red-faced and straining for air. By the time she pulled over and got the side door open, he had gasped it out of his airway, but the wrong way – down, not up. He wasn’t feeling good.

Upon arrival home, his father said We’re going to the ER. This is because in her frazzle, mom said only He swallowed a blow gun dart and his father imagined Three inch sharp.

Once that was cleared up (in the emergency room), all of the family and the doctors hoped that the dart was now in the boy’s stomach, where it would not likely cause any further problems. It was so very tiny. But an x-ray, capturing an image of the metal tip, showed that the dart seemed in fact to be lodged in the boy’s right lung.

That Christmas Eve will not be forgotten – the one the boy spent sedated on the operating table, and then overnight in the hospital, gowned and bleary, watched closely because airways are tricky things and his right main bronchus had been blocked off for hours by a piece of yellow plastic.

The Lord is good.

The boy and his family arrived home in time for Christmas dinner with his grandparents. The ham was delicious, and the beds were even better.

The surgeon let him keep the dart.

I didn’t check the weather, and I thought I would be fine like usual.

I love the wee hour drives in the darkness, going to pick up my son from camp for a home visit. I leave at 4:30 am and arrive at 7:30 – a good, clear shot down I-79 and I-80 to central Pennsylvania. The roads are good. The solitude is heaven.

I didn’t check the weather. I left my home in light snow flurries, but instead of driving out of it on I-79 south, I drove into it – the roads worsening alarmingly. By I-80, the tarmac was pure white and the air was swirling blizzard.

Soon I could not see the lanes at all. When I hit a rumble strip, I thought Which side? and adjusted accordingly. The night was dark and I could not see. I found a semi truck to follow, the lights on the back of his trailer clear in the darkness. But I couldn’t tell when he was changing lanes, and once I nearly took an exit after him, and once I nearly pulled in front of another truck, whom he was slowly passing and I was barely past. And then he exited and I went on in the darkness, begging the Lord to let me see.

Flashing signs warned of a winter weather advisory (no kidding) and reduced the highway speed limit to 45 mph, considerably above what most of us were driving.

I couldn’t see. Snow accumulated on the road and I-80 narrowed to a cow path in a world of black and white: two tire lines to follow, if I was lucky, and sometimes nothing but unbroken snow. Then I drove by the rumble strips. I was grateful under every overpass, because for a brief moment I could see the clear road, and move if I needed to. Near the towns, where the road was busier, changing lanes became not only tricky but hazardous as my tires bumped over thick ridges of slushy ice.

On and on it went, while I pleaded with God. My tires slipped. The winter morning darkness held fast. I was going about half the normal speed limit and I knew I would be late, late, and the only way to arrive was to go on. And I’d have to drive back home through it.

At last the air lightened, but the temperature rose. The roads went as slick as skating. I prayed When I crash, please just let me go. Don’t leave me maimed or anything. Please. And finally I screamed at him I cannot do this. This is horrible. Where are you?

My husband called me when he awoke, and then he called camp, and camp called me. Let us meet you a half hour from camp. We’ll bring your son.

The two-and-a-half hour trip took me four. Just before our meeting point, the slick turned to truly wet and the truly wet turned to rain and suddenly, the roads were black and clear.

We always take a picture together when I pick him up. This is our roughest. He sported swelling from soccer injuries on his face, and as for me, I burst into tears when I hugged him.

I thought I might never be able to drive in snow again, but the opposite is true. After that, most snowy driving is what you might call a cakewalk. I am peaceful, and I know what I can do.

It was better going home. The roads had had a little time to clear, we were in daylight, thank heaven, and more importantly, we were together. We could see all the accidents beside the road, but we could talk.

Yeah. It was better going home.