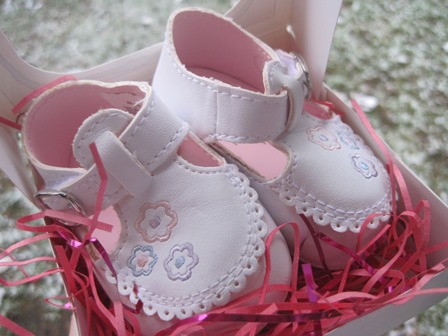 Confession: I told you I miscarried a tiny baby last January. I didn’t tell you the rest of the story. Of necessity, this post contains personal details I would not normally share publicly. There are not many; I have been as discreet as I could. But I ask, especially if you are male, that you read respectfully.

The Rest of the Story

The problem with backing up to the beginning of the story is that it’s hard to know when to stop backing. You pass through months and years of events-that-led-to, and land not only in the hospital where you were born, but somewhere just before the book of Genesis, when all these things were developing in the heart of God. So I can’t tell all the rest of the story.

The piece I am going to tell you now started the month before my miscarriage, in December of 2014, when we said yes to a dream opportunity. A newborn foster girl was coming into care. Her older siblings had all been removed from the home, one was being adopted right now, and there was no kin. Would we be willing to take her?

She wasn’t even born yet, due at Christmastime, and we started counting the days. We set up the crib, bought newborn diapers, washed the tiny outfits we’d carefully stored after Kelly outgrew them. We called her Baby Hope until the exciting time we’d learn her birth name.

The days ticked by. Her due date came and went.

We began to worry, and checked in only to find there had been a terrible miscommunication: she wasn’t coming to us newborn. She had gone home from the hospital with Mom, and if something went wrong (as it had with all of Mom’s babies to date) she would come to us.

We never heard of her again.

It was hard packing away the diapers and the outfits, taking down the crib. We had wrapped tiny girl shoes in Christmas paper and given them to our children to tell them a new sister was arriving. Now we had to tell them there wouldn’t be a sister.

When I discovered I was pregnant late in January, I had one of those aha moments so frequent in my walk with God, when I try too hard to make sense of pain. So that’s why Baby Hope didn’t come… This is God’s plan for us instead. Ryan and I broke out the chocolate and the sparkling grape juice, elated by this gift. I was expecting!

Two days after our joyful discovery, I began to bleed. I remember staring at that bright, that impossibly bright crimson and thinking nothing but NO.

This happens to everyone else. Oh, help me Jesus, please not me. Please not this child.

We went to the doctor to confirm. Was there any way this could be nothing but a fluke test and a normal cycle? and she said I’m sorry. With three positive pregnancy tests and this amount of bleeding, I think you’re losing a baby.

January was a killer. This is the loss that still cuts my heart sometimes, the irreplaceable I cannot forget. We called him Baby Jesse, the name we’d picked for Kelly if she had been a boy.

But the losses weren’t over. In early March I went to the doctor with a painful UTI. She said, Are you pregnant?

I don’t think so, I said. I had the miscarriage five or six weeks ago and nothing since.

I made it to the pharmacy before my phone rang. It was a very kind nurse. Honey, after you left the office we ran a pregnancy test on your specimen, and it was a faint positive. Please don’t worry, you’re very early on and the medicine we prescribed is safe for pregnancy. Just wait a week and take another test to make sure …Are you still there?

I was still there. Just crying again.

Within a few days it became clear that the baby, if she had been there, was leaving my body. I didn’t even know for sure that she had been. Could the infection have skewed the test results? In the research I did, some said yes and some said no.

I said to Ryan Could we just call her Baby Faith? We were getting good at picking names and genders. This one was a hat tip to our uncertainty, and to the weightier doubt I felt growing within me. We named her for what I wanted to hang onto, and for what I felt slipping through my fingers.

The months after that were dark. Some days I was furious at God, but always I was leery of him. Though he can do no wrong, I felt betrayed by him, lured into hopes that dissolved before my eyes. I stopped telling him what I felt and what I wanted, for fear he’d use it against me. I knew He was Good in some cosmic sense, like a chess player sacrificing a pawn to save a bishop, loftily and unfeelingly, for the undoubted benefit of all. But he was not who I’d always thought him to be. He wasn’t being Kind.

Prayer was difficult. Over this time I prayed the Lord’s Prayer every day for a month, as I told you, because I had no words of my own. It served as a daily reminder of holy presence and purposes, inscrutable and unexplainable. He did not tell me what he was doing. He did not spare me from pain. He didn’t spare his Son, who prayed Thy kingdom come, Thy will be done and stretched out his arms on the rough wood.

But the King is in the business of saving all his players. (I did not say sparing, but saving.) Perhaps the sacrifice is their saving. I think he is especially kind to his pawns, the ones who can take only one step at a time and who don’t understand the game at all.

I am still not far enough beyond those months to look back and say what healed me. I don’t know if I am healed yet. Sometimes I still cry hard over Jesse. There are life experiences you cannot think your way out of—you have to live through by waking up each morning and fixing the breakfast.

I thought God was shutting the door to a new child, and I’d have to learn a lesson or pass a test or arrive at a perfect state of surrender before he would grant me this gift. But on a Sunday morning in April, while I was still shockingly human (greatly flawed, much confused, sometimes peaceful and sometimes not), I found myself looking at the darkest, clearest, most beautiful twin blue lines I’d ever seen. I felt numb with apprehension. I don’t have to keep this one. And I began waiting for the bleeding to start.

And it still didn’t.

And the next week it didn’t too.

Three and a half weeks afterward, Ryan got a call from Children & Youth Services, and on its heels I got another from our caseworker. Both were asking the same thing. There’s a set of four siblings coming into care today. Who can you take? The 19-month-old twin girls?

Angel Boy was still with us, but due for a successful return to his birth parents within the week.

So it happened that on Mother’s Day 2015, we publicly announced a healthy pregnancy, spent our last day fostering Angel Boy, and took our toddler twins to church for the first time. 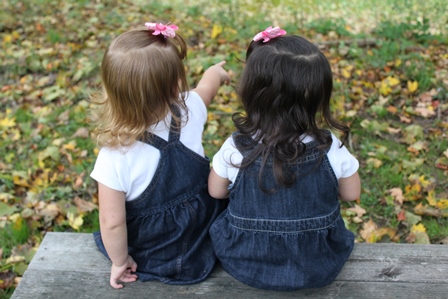 This is one way that God restored me, by packing my hands and heart so full that I had to live my healing instead of thinking it through. I found redemption in changing diapers again, and in the precious fluttering of tiny feet. I felt that God had given me three babies to love for the three I grieved—my twin foster girls, and my baby not yet born, though I had no assurance that I would be permitted to keep any of them. To love without keeping is not an easy thing, but Love in his mercy stretched my heart each day, as if there were no tomorrow.

And then, several weeks after taking the twins, we met up with their birth parents for a family team meeting. It went well—everyone was kind and civil, plans were discussed. At one point Twin A toddled off toward the exit and her mom used her full name.

Hope? I said. Is that her middle name?

Yes. We had their first names picked out long before their birth, but their middle names we picked at random just after delivery. That one’s Hope, and that one’s Faith.

You’ll never guess what I did when I got home.

God had seen us after all…

The problem with ending a story, any story, is that you’re not at the end yet.

In search of it you pass in forethought through months and years of events-that-might-come, and land not only in a quiet grass plot where you will lay your body down, but somewhere beyond the book of Revelation, when the things you have given to the heart of God are returned whole, precious, with interest. We are still living without a guarantee of anything but his presence. But I have come to believe (you might say I have faith and hope) that this process plays a significant part in God’s economy—for human love and loss to bring many children against his chest: miscarried, fostered, birthed, beloved. There are bits of my heart walking around Meadville and heaven, and at last I am willing. If I am a pawn, I am in the hand of a Master.

But the ending of the story has not yet been lived.

30 Replies to “The rest of the story”