Let me be clear on this: when I am most mocking and piquant about my husband, it’s a sign we’re having fun. When I start writing serious blog posts entitled Thirty Days of Honor, you can bet we’re not doing so well. Ultimate low point of our marriage, right there. Take my word for it; you won’t get any details. Now–where was I? Ah yes. Mocking.

We’ve all been in this conversation, haven’t we? 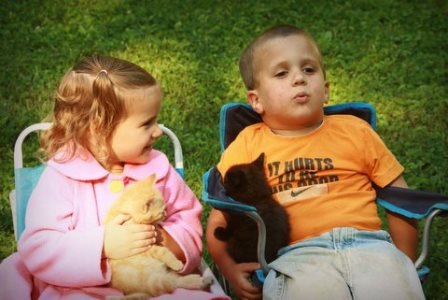 The day you bring him a concern and he sits there and looks at you. The day you realize that the thing you asked him for a year ago has been sitting in the basement all this time. The day you ask him a question and he walks out of the room. The day you complain of shooting pains in your wrist and he says calmly, “It’s probably repetitive stress injury” and goes on typing.

(You think I’m making this up? My imagination’s not that good… true stuff, ya’ll.)

It’s a great story. It’s a pressing issue. It’s an urgent question, for Pete’s sake. And yet he is unmoved.

Sometimes I say to him, “Talk to me!” This occurs when I have been immersed in juvenile conversations all day and am desperate for words longer than one syllable; or when I have been talking too long and I know I won’t shut up unless someone else starts vocalizing; or when he is making enigmatic faces and it’s stressing me out.

Early in marriage, my husband taught me a few rules of basic marital English.

Let me be clear on this: I was raised by a marriage counselor. When I hound this boy, I do it with style.

But sometimes, just to show off, I humor him. He comes home from the fire call or the pastoral meeting or the boy expedition and I think of the fifty-nine things I want to ask him. I think of them all, individually, and then carefully I compact them into one well-worded, all-encompassing, leading, invitational question. “How was it, honey?”

{Shari rushes out of doors to slay something inanimate before she starts hurling china at living organisms.}

* {And perhaps this is unfair. If he’s had a Coke or two to loosen his tongue he may say “Really good.”} 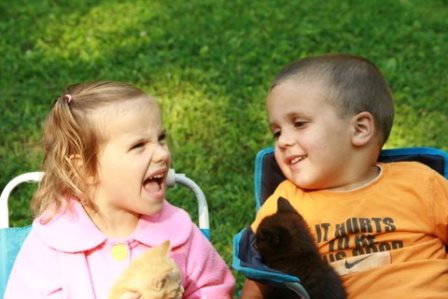 Here are my (brief) suggestions for communicating (briefly) with men. Some of them may be my father’s, who has forgotten more on this topic than anyone else ever knew.

A wise friend of mine advises speaking 49% of what you really want to say.

Men’s ears are like gardens: you put in the seed and then you wait for a while. A long while. He may have every intention of coming around, but he won’t be rushed. The idea has to take root.

Occasionally, he actually forgets. If so, he will have only hazy memories of your initial conversation, and will not realize you are repeating yourself. Just don’t do it a third time. (He’ll think it’s the second.) That’s so beyond the pale, way out into the nagging camp.

I’m not advocating being a doormat. Believe me. In the Wifely Olympics I won the prize for Least Like a Doormat so many years running they won’t even let me participate anymore. But—

It’s a good day to remember that eleven years ago, or however many it was, you made a promise that it was going to be all about this man until the day you die. And he’s not the only one with faults.

And some days, magically, you’ll get it just right. 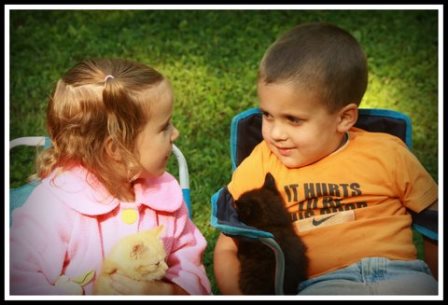 All photos in this post were captured, not staged–and taken by my talented friend Shaunda Stoltzfus. Featuring her son and my daughter.

Coming up sometime, probably: “When Talking with Women.”

21 Replies to “When talking with men”