Confession: The dress pants I bought for my son Aarick at Walmart, though perfect in size, style, and color, lacked a crucial feature requiring Post-Market Modification. I bought them knowing this. But it still took me right up until an-hour-before-his-school’s-spring-program to get down to business and modify them…

And fixed them at home.

I planned to create matching belt loops out of his brother’s worn-out pair. (Not his own pair—those got passed down to his brother, freeing up his brother’s shiny-kneed pants [which had already been through two kids] for cutting up into belt loops.) (If you followed that sentence, comment and I’ll send you something. Well, maybe just a prayer. For your prosperity and felicity.)

Oh yes. BUT. One-hour-before-the-program did not lend itself to extensive poring over raw material. So I pulled out some sturdy black ribbon. Cut 2 ¼ inch lengths. Burned the edges with a match so they wouldn’t fray. Folded them under. Sewed them on. 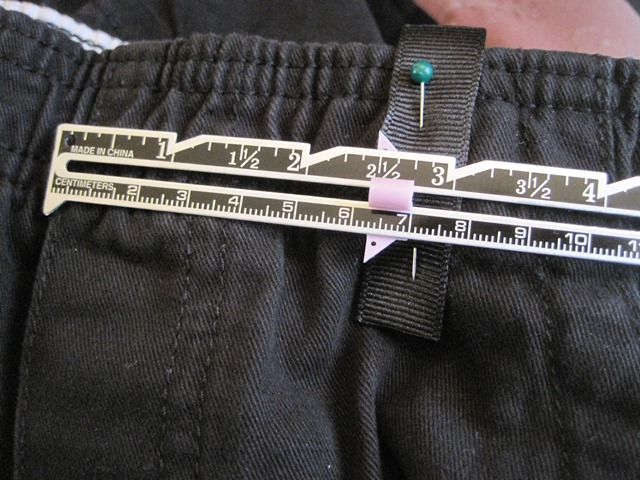 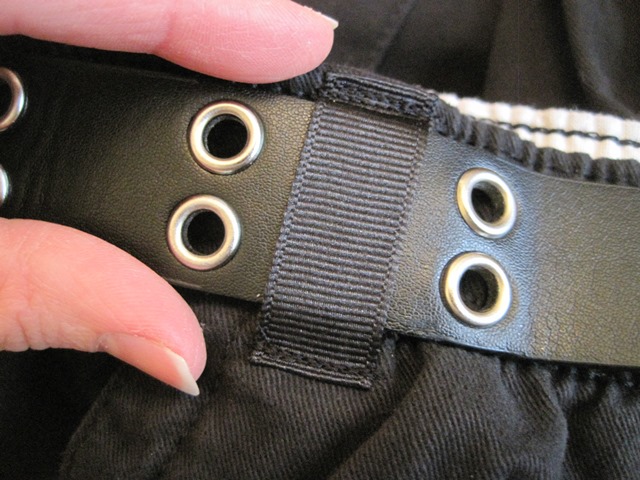 Now that’s what I’m talkin about.

Hmm. If only I could fix his belt… which was reversible and broke after a single week of use… Elmer’s glue did not work and the only other thing I can think of is duct tape. Even I have slight scruples about using that. (Slight.)

Sometimes I worry that my son will grow up with scars from wearing his brother’s belt and black-ribbon belt loops on stage. And then I think—Oh what the world. I wore worse and look at me. Coming off antidepressant meds and getting lost in parentheses. How bad can it be?

Do you jerry-rig clothing? What and how?