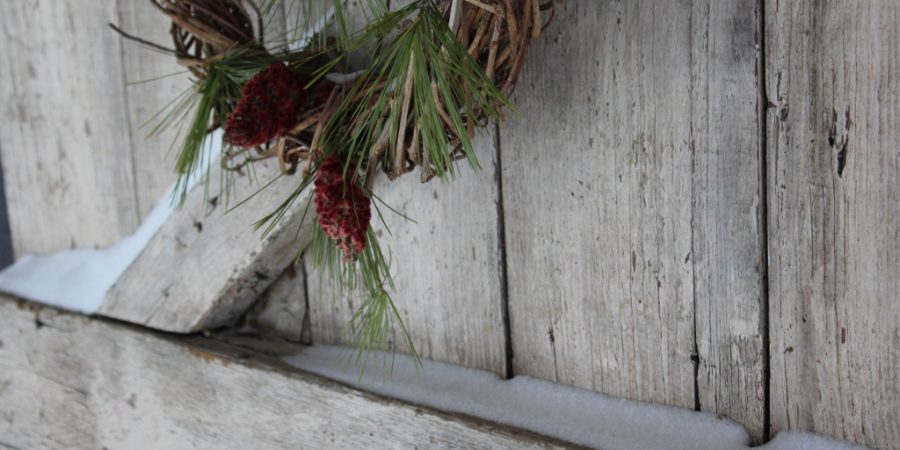 It all started with the shed, I suppose, and the lean-to my father built onto it, eight feet high on one side and six on the other.

Or perhaps it started with the ladder.

Or the snow. Surely it was the snow, a great fluffy Minnesotan blanket of splendor draped over everything on our property.

But it ended with my mother running out into the snow in her stocking feet. And me sitting in a chiropractor’s office.

Our friend Kristalee was visiting for the afternoon, and my big brother Johnny and I were up for some fun. We knew a great sledding hill less than a mile away, but we weren’t allowed to go by ourselves, since the route involved a highway and a bridge, and the sled ride ended by skimming out over frozen river.

But what if we made our own sledding hill? Yes, the roof of our shed ought to do nicely. Especially if we raised a heap of snow on the ground beneath it to cushion our landing. Oh yes, let’s!

So we did. We hauled our sled up the ladder and figured out who would go first. Johnny, was it? Or Kristalee? I’ve forgotten. But one child sat on the sled and held on tight, while another child nudged him forward and gravity did the rest. Wheeeeeeeee! It worked like a charm – he landed on the mounded snow, whooping and laughing, and climbed up for more.

Several successful rides later, we were getting careless and silly. My turn came around again, but I was not settled on the sled yet, and my hands were gripping a little bit of nothing, when my brother gave me a harder push than before and I was off. Literally.

The minute I cleared the roof, my sled dropped from beneath me onto the snow pile, and I sailed toward Canada for a while before American gravity said Not so fast there, young citizen and pulled me cruelly back to earth. I hadn’t known any part of the country could hit so hard. My bottom exited through my skull and my teeth snapped shut on breathless air. I lay rolling and aching in the snow, my lungs hanging useless inside me and my whole body panicking for air.

I was dimly aware that above me, my brother and friend were laughing uproariously, holding their sides and in danger of falling off to join me. It would have served them right.

This is the part where my mother ran out into the snow in her socks. John Alvin! she said. Sharilyn Jo! (Yes, really. I regret to inform you there is more to me than you realized.)

Suddenly, mercifully, I could breathe, and I did; and they could stop laughing, and they did.

And then it was all over but the bruised tailbone and the trip to the chiropractor, who said Sore, yes. A little scrunched together in there, yes. Lasting damage, no.

We did not go sledding off our shed anymore.

17 Replies to “A story from childhood”