Some time ago I complained heartily about the fault lines running thickly through the story of Rumpelstiltskin. Remember?

“If anyone can hand me a better version that actually makes sense of the key elements in the story, be it a paragraph or a page, I will publish it here. Put on your thinking cap; ask your children for solutions; dig out your reference books. Serious, satirical, or sappy—anything would be better than the above. I’m grading for logic, not polish. Best version gets a prize, and I’m not joking.”

Incidentally, a Shari Zook version is not forthcoming. I had fun trying. I wrote a Memphis version in which the King turned out to be Elvis; but it just didn’t work. My husband told me so, and he is a) prone to overrate my work, not underrate it and b) never wrong. So that version called in sick and will not be showing…

But I’m happy to announce that I had three other takers! I’m linking to their versions below. Some snowy afternoon, curl up with hot chocolate and enjoy them all. Then cast a vote, or tell me which parts of the rewrites were especially fun.

Rumpelstiltskin Over Easy, by Regan Zook

Many thanks to the participants for their courage and inspiration! No way I could pick a “best” version, so everyone gets a prize. 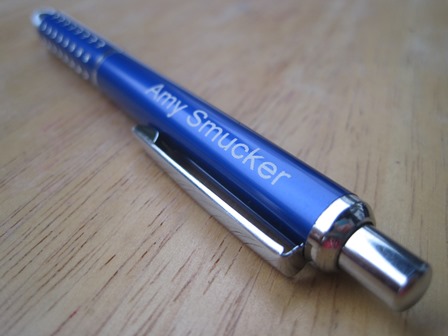 Don’t you wish you had joined the fun? That’s okay, next time you’ll be braver…
Right?